"Would say maybe Arts/Crafts/Cooking/Gardening but then the forum title gets a bit long..."
Post Reply
73 posts

I think rice pudding is dirty, but Disco likes it.
0 x

rice pudding is sooo good, i just leave hints with my mum when i want it though

I'd really like to try my hand at cooking a venison stew in the slow cooker, but I don't think Mrs Disco would eat it
0 x

Nope, I'm not keen. It's a shame you won't ever 'try your hand' at cooking something normal.
0 x

venison is alright if cooked properly, just think of it as eating bambi

Oh, eating cute animals doesn't bother me, as long as they're delicious and I don't find venison tasty.
0 x

Berry Ice cream... I love my ice cream maker...
Made normal vanilla ice cream but chopped some raspberries and strawberries up and mixed them through it too... mixture tasted good, now waiting for the ice cream maker to make it nice and thick..

We did silverside in the slow cooker tonight.... just placed a click & collect order for some goodies from Lenards Chicken tomorrow.
0 x

In case anyone is interested, Wyld's partner is currently doing a cooking stream on Twitch

After watching an episode of Chef's Table about a chef who mastered ramen, I decided to make an attempt to make it. Don't think it went too badly for my first go... 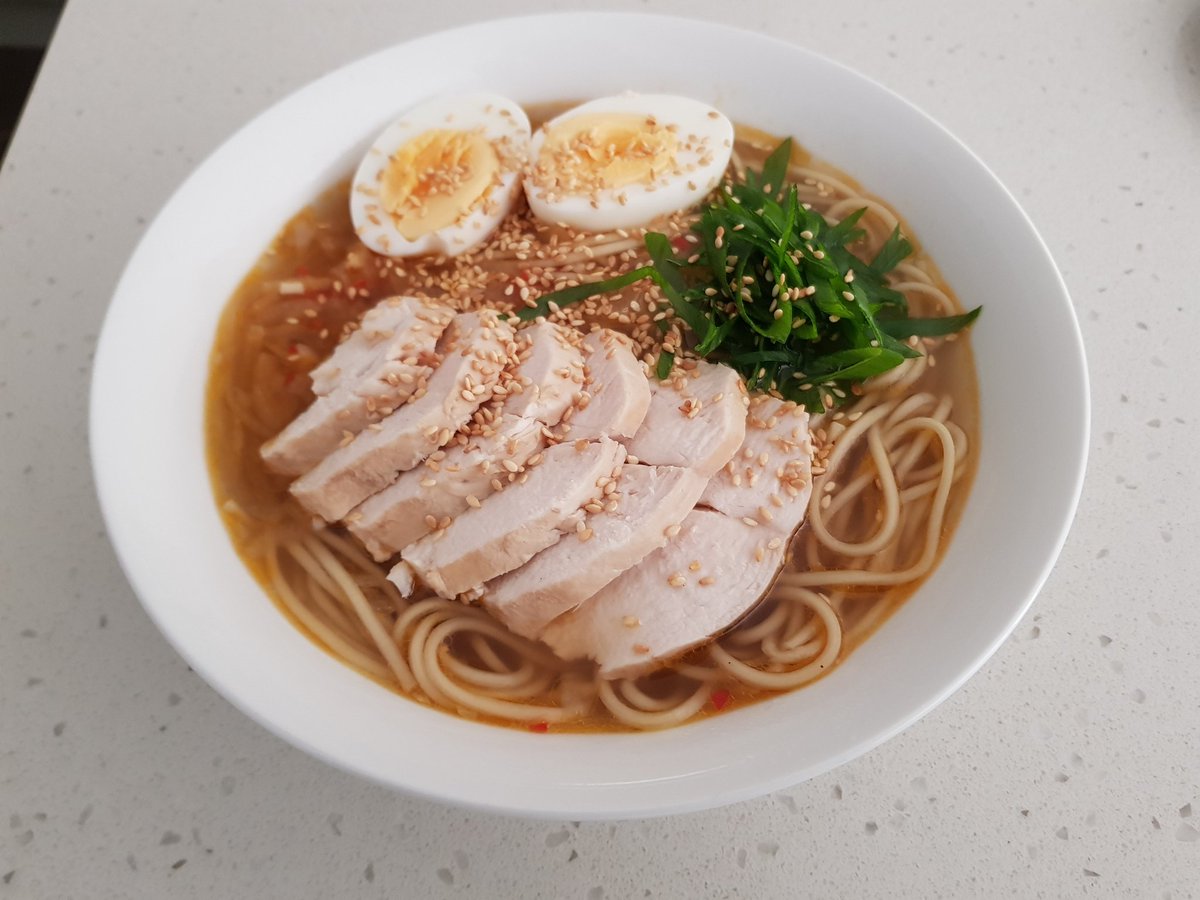 Now that I've got access to my kitchen back, I'm cooking breakfast again... never thought I'd find eating quinoa porridge to be better than chicken chips or cheese and chive triangles.
0 x

Made some Chili Con Carne for lunch. Decided to add in a side of broccoli to up the vegetable count but forgot to use the avocado half I was planning to have with it.
0 x

I made Chili Con Carne on the weekend too, I use Gordon Ramsay's recipe but I substitute in a can of Chipoltes in Adobo for the red chilis. That makes it very spicy so i usually just fish out the Chipoltes themselves and leave the rest of the Adobo sauce.

Made a pot of stir fried beef and pineapple (use oyster sauce with a little extra garlic, salt and pepper if anyone wants to try this)... also threw in some onion, snow peas and capsicum to up the vegetable count. Serve with rice and you got yourself a nice meal.
0 x

I made Apple Smoked Cheesecake on the smoker on the weekend, it was amazing... the filling was so light and the smoke flavour was subtle but delicious. 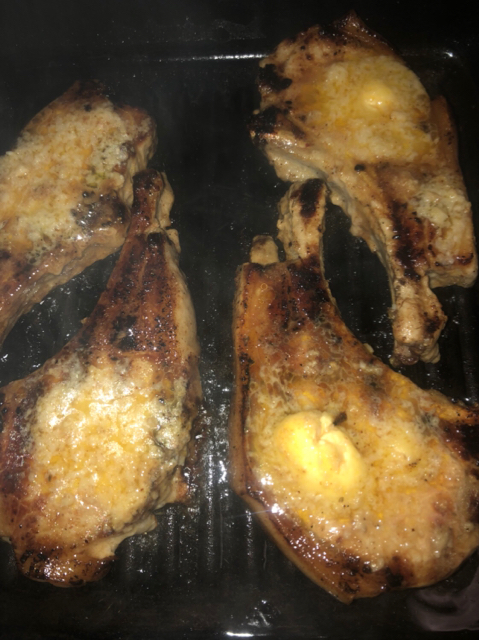 Stick the pork chops into a taco shell

They ended up eating them when I cut them up and made hamburgers. Kids are weird
0 x
Top

LOL. That reminds me of when I last had mum and dad living with me last year... dad would wake up early to cook for mum so he'd cook extra for me to take something to work. When he'd make pork chops, he'd cut them up into bite size pieces for me. I'd tell dad that he didn't have to do the extra cutting and that I was OK with a big piece of pork chop. You kids might end up training you to always cut up meat for them like what happened with my dad.
0 x

Looking up if chiko rolls can be oven baked and I get this...

I grew up with "we're having pork chops, eat them or don't eat".
0 x
steamcommunity.com/id/krautpants
Top

I grew up with "we're having pork chops, eat them or don't eat".

Mum's philosophy was that she wouldn't force us to eat things we didn't like as long as we'd tried it (stems from her growing up poor and being forced to eat stuff that made her gag, she swore she'd never do it to her kids) but she also wasn't making special meals for anyone. She'd just modify slightly.

For example, I didn't like pumpkin and potato mashed together but everyone else did SO she'd mash the potato, put mine on a plate, and then mash the pumpkin in for everyone else. Dad liked cauliflower plain, we liked it with white sauce, so she'd serve his before adding the white sauce to the pan. But if we didn't like what was being cooked at all, tough bikkies, make a sandwich if you're hungry.

As a 'Nanny' she is completely different though, the grand kids don't like something, you bet your arse she'll make a special meal for them that's different to everyone else. She'll keep offering alternatives until they agree on something she's offering, then she'll stop eating her dinner and go make it for them... and if we ever have a kid and that happens, I'll be like "Mum, NO, stop!"

Haaaaaving said all of the above, Kharis's kids have special needs from memory (?) so that can complicate things at times, especially if there's sensory issues involved.
0 x

Doing ribs (and maybe brisket) tomorrow for the grand final, some pics from the last time I did ribs.

Return to “The Hobby Corner”