I wonder how this looks through a Rift: 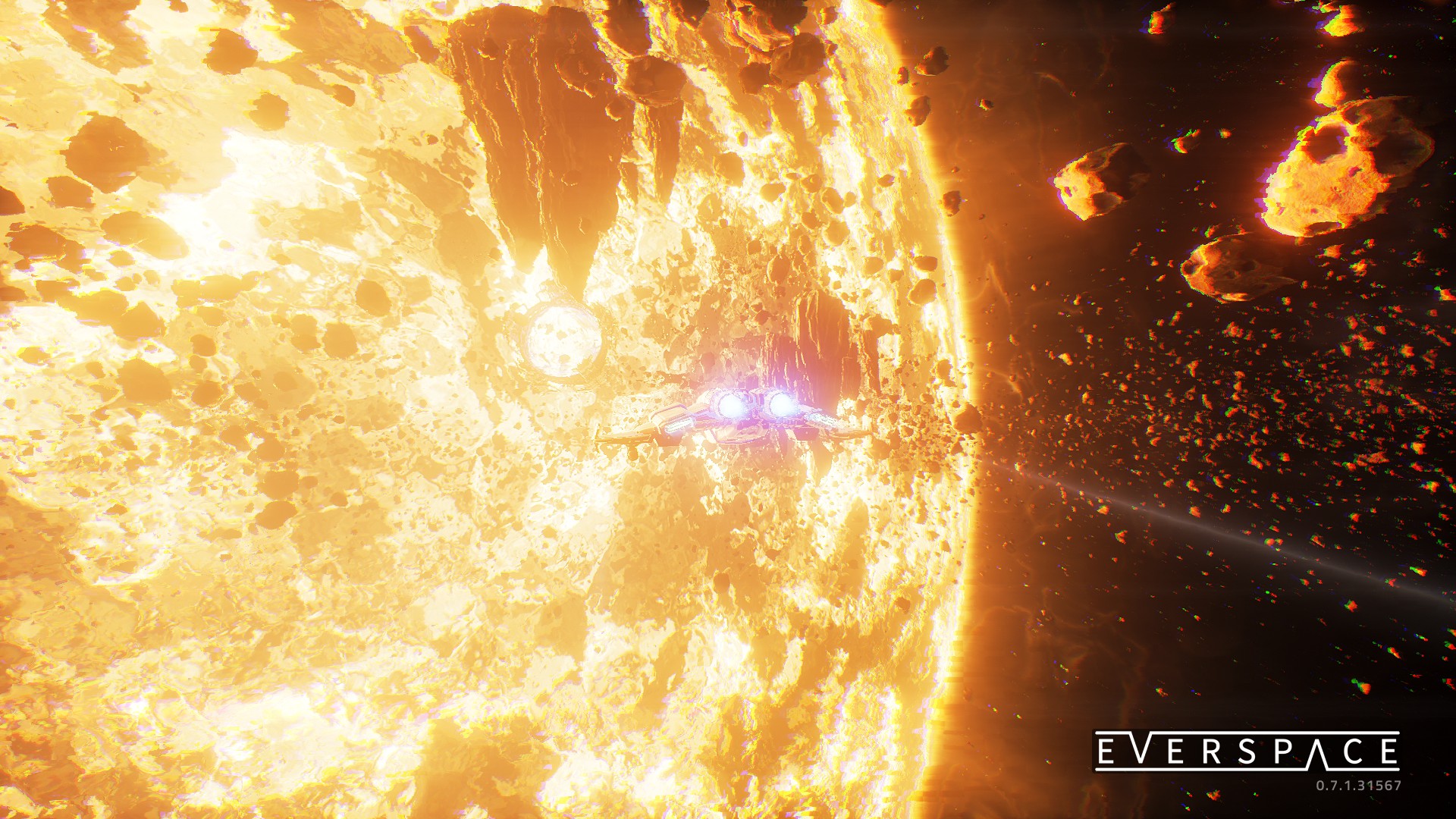 Between that Player Unknown Battlegrounds thing, the Rocket League talk, and a bunch of other videos/screenshots here depicting various sorts of online gaming that I couldn't even hazard a guess at; it seems like there's more accomplished multiplayer gamers here than single.

With that in mind, can someone give me the elevator pitch on what Destiny *is*?
I tried googling it and such but am getting mostly mixed and opinionated responses on it being a PVP/Shooter/RPG/MMO with/without PVE that could be or perhaps is not openworld etc. etc. to the point where I'm terribly confused and at a loss as to what sort of genre or gameplay this even is, for a start.

I only ask because my new video card came with a pre-order for Destiny 2, and at first I was sort of disappointed thinking it was just another Call of Duty style clone, but now I'm somewhat intrigued if it plays more like an MMO with single player capabilities and the like..
0 x
Top

*Firstly I haven't played Destiny*
But from what I understand it is an MMO, with skills and gear and raiding.
Other than that, I'm not 100% certain. Being an MMO I would assume open world (But that is an assumption)
0 x
Proudly supporting Player Attack through Patreon

That last post was to Sathias saying EVERSPACE has OR support.

Destiny. There are many planets and each has a really large map area with lots of different regions, vistas and things going on. You follow the main missions that take you to various places on each planet and kill the things or do the whatevers and that naturally leads you around each of the new spaces (and it will doubtlessly look absofuckinglutely amazing on PC with D2, it's already stunning on the XO). There's lots of ambient challenges and shit going on too. In-between missions you go to the Tower which is the main player hub. Traders, NPCs with new missions, all sorts of the expected MMO marketplace shit is there.

Once you've done the missions you can start to do Raids (elongated missions with tough bosses at the end) and iirc most stuff that is considered end-game is here. As you may have read, some of it is fantastically convoluted and requires properly geared-out squadmates all with an equally fucking massive amount of hours spare to finish the round.

Outside of that there's a bunch of PVP stuff which, if ever you've played classic Halo, is beautifully balanced and heaps of fun until you get facerolled by an enemy party-group.

Grind raids and missions to increase gear. Get new gear. Grind more missions to upgrade that gear until you get new gear... etc, etc. Get fucked off and light torches with the playerbase as you shit out an opinion about the value of each expansion or how the balance totally fucked over lightbringers or whatever classes there are. Oh yeah, there's classes with different abilities that you grind out and one hyper-ability that you get to use once every 16 years but actually shit you just died in the second before you pressed the button.

Pretty good fun tbh, but fuck that grind (I hit max 'light' at one point and then just gave up).

Shadow Tactics: Blades of the Shogun. Holy fuck this is cool. You control a party of troops (currently in the tute mission I have a sniper, a shinobi ninja and a hulked-out samurai). The mouse commands are really simple but deeply interconnected. Left-control is your action button that you can then hover over various things and get different options. A is weapon, S is your throwable/aimable/rageable, D is your lure. The coolest thing about it is stacking moves... so by holding shift I can give each character just one command and when I hit enter, they carry out their commands in unison. Makes for some super cool death-dealing (with a pacifist knock-out available for pussies). Looks really cool, storyline seems nicely put together and yeah, the controls and strategy element is superb. Also really fucking hard. Like, I'd read that in reviews, but I didn't expect to die multiple times in the tutorial.

Automobilista. Back in the day, my non-GoN mate made a GonRacin league that a few of us put a few appearances into. Since moving from a V8 mod in RACE07 to Assetto Corse and then Project Cars, he's finally landed on the right package for his league of 12 or so racers. Automobilista, I've since found out, is just rFactor with a bunch of paid-mods packaged together by the Reiza brothers (a relatively unknown pair of South American superstars known for their fairly unknown Brazilian Stock Car racing games).

I loved rFactor back in the day... so much so that my mod-install folder was around 15GB in size (compared to the <1GB install of the game itself). And this... is like comin' home, baby! It feels so right while looking so hideous... we're using a V8 supercars mod with the full Supercars track list. Very cool stuff. If you're interested, hit up http://www.gonracin.com/home.html for the mods and see the schedule at http://gonracin.liveracers.com/League.
0 x

Cheers, so if I've got a boatload of spare free time up my sleeves (which I don't) it pretty much follows the grindy time filler role of your typical MMO then. Fair enough. May as well give it a look-see once it comes out, doubt I'd ever get to that high a level of play though where it becomes a chore or I start getting jaded at class imbalances etc. I usually bail on MMO's once I reach endgame and all there is left to do is Raids/Grind to be honest.
Sounds much more interesting than my initial assessment at any rate.

That shadow tactics game sounds like, and definately looks so much like 'Desperados' from back in the day. Loved that game and spent so much time perfecting each stage, guess I'll have to go and wishlist/check this one out then also

Yeah, same genre as the Jagged Alliance series. Much like the game 'Mark of the Ninja' it simplifies things (no fucking around with inventory like in JA) but at the same time makes the scenarios so much tighter.

Shadow Tactics is so very cool. Currently onto a township level where my characters leave footprints in the snow which fade over time, but if guards see them they'll follow them. Lots of nice little gameplay wrinkles they're folding in (last level there was a cow you could hit with a rock and it would then kick and kill the guard behind it, or removing chocks from under a cart's wheels to kill the two soldiers at the bottom of the hill).

Each mission also has sub-goals... like don't touch any bushes (where you hide bodies), no touching the water, doing it under a certain time or whatever. Given each level has taken me a half hour so far, it's going to take a lot of practice to meet some of these challenges.

Great looking game too with fantastic controls. Isn't as cheap as most would need it to be ($23.99 on the steam sale) as it looks like you're taking a risk in buying and trying it... but the reviews for it when it came out where stellar (85% metacritic if you're into that sort of thing).
0 x

Shadow Tactics was the first game the Steam discovery queue showed me that I had never heard of before but was immediately interested. Glad to hear it plays well, though lack of time rather than money is why I'll hold off for now.
0 x

Finally played Super Hot, I'd prefer it if it didn't have the story and just let me shot guys.
0 x

Also I finally finished Watch Dogs_2 I enjoyed it a lot, the final mission was nothing special but I'll probably still play around in the open world a bit enjoying the hacking shenanigans, I've also Started Horizon Zero Dawn as my new open world single player game, loving the story and the combat, you really need to try and plan out how you are going to fight some of the bigger robo dinos, but wow its got some shoddy voice acting and the platforming is a bit too restrictive, unless something is painted yellow you can't climb on it, if the final boss is smart he'll lock himself in a tower with no yellow paint on it.
0 x

Once you beat the game, it opens up an endless mode which is nothing but shooting guys.
0 x

Nekosan and I are starting to get a bit into Elite Dangerous, god the way they just dump you in is a PITA.
0 x

I really need to jump back into it one day... I'm sure I have a ship around somewhere that needs to do some flying.
Might grab the seasons pass while it is on special and jump in with you.
I saw Moose has been playing a bit lately too.
0 x
Proudly supporting Player Attack through Patreon

Let's hope they actually make enough of them this time.
0 x

I would have liked to have seen all the DKC titles and Chrono trigger, maybe Super Bomber Man but otherwise its a pretty awesome list
0 x

EDIT - also needs a $20 USB Adaptor that isn't included in the packaging because, Nintendo (also easier to ship basic units around to different markets, then supply batches of adaptors to different power markets I guess).
Last edited by linxus on 27 Jun 2017, 09:49, edited 1 time in total.
0 x

Placed my Snes Mini order.
Should be able to do pickup at my local EB come September

Wasn't aware about this USB adapter thingy though.. what's this malarky?!
0 x
Top

It comes with a USB charging cable, but no connector to the power point.
0 x
Proudly supporting Player Attack through Patreon

EDIT - also needs a $20 USB Adaptor that isn't included in the packaging because, Nintendo (also easier to ship basic units around to different markets, then supply batches of adaptors to different power markets I guess).

Hope that the usb thingy won't trip me up.
0 x